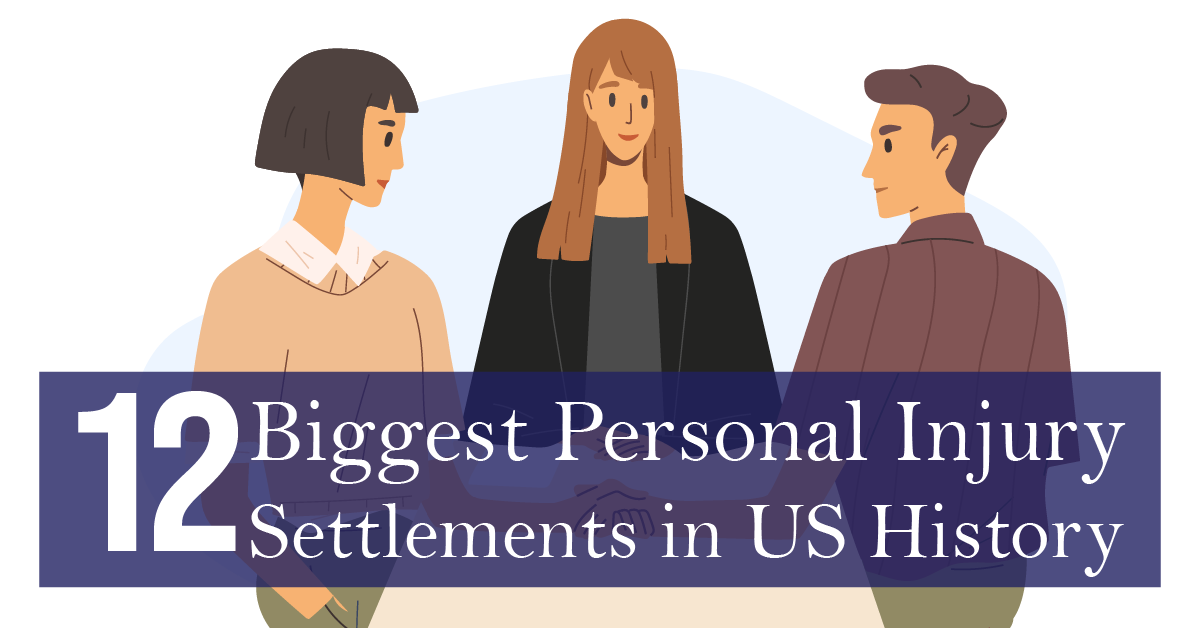 Accidents and other similar unexpected events can happen anytime. It’s a fact of life that, unfortunately, no one has control over. But while certain mishaps occur randomly, some accidents can be because of other people’s negligence.

The law states that a person who has suffered harm or losses due to the negligence of another individual or a company may file a claim for compensation by pursuing a personal injury case. The compensation aims to reimburse the victim for medical care, treatment, or recovery due to the injuries sustained as a result of the accident. It can also include payment for lost income and for pain or suffering endured by the victim.

In 1998, 46 states came together to protest America’s four largest tobacco companies, which they said should compensate taxpayers whose money has been spent caring for people with smoking-related diseases. The lawsuits also sought punitive damages for the tobacco firms’ unethical production and promotion of cigarette products.

A settlement worth $206 billion made it the largest in the U.S., which came to be known as the master settlement agreement. The court ordered the so-called Big Tobacco to the punitive damages for over 25 years to care for ill smokers. The award also led to the establishment of the Truth Initiative, an independent organization dedicated to eradicating tobacco and nicotine addiction among the youth in the country.

Faulty car systems are one of the top causes of personal injury lawsuits. In this case, General Motors (GM) had to face trial in Los Angeles for causing severe burn injuries to six people aboard their family car when its fuel tank caught fire and exploded after colliding with another vehicle.

The jury ruled to award $4.9 billion to the family, ordering GM to pay $107.6 million and $4.8 billion in compensatory and punitive damages, respectively. A Superior Court judge reduced the final settlement amount to $1.2 billion upon GM’s appeal.

Eight years after the September 11, 2001 terrorist attacks on New York City’s World Trade Center, thousands of workers at Ground Zero filed suits individually against private contractors and the city government. The cases aimed to pursue restitution, with workers citing they had developed respiratory illnesses and cancers while doing rescue and clean-up after the Twin Towers attacks.

The verdict came out in 2011, where the defendants were asked to pay claims to the tune of $712 million. The settlement for severely ill workers was about $1.8 million each.

The ruling also paved the way for the signing of the James Zadroga 9/11 Health and Compensation Act by former President Barack Obama and the reactivation of the Victim Compensation Fund, both aiming to provide funds for the treatments of those who were affected by the hostile event.

This $85 million personal injury settlement is between a pedestrian and a sightseeing tour bus. While crossing the streets of downtown Manhattan on a red-light signal for vehicles, the victim was run over and dragged by the double-decker bus a few feet away from the accident scene.

The extent and severity of the injury sustained by the victim have left him disabled and needing leg braces so he could walk. The ruling holds the record for the largest settlement in New York and 25th in the U.S. for 2018.

This is another multi-million-dollar claim involving a vehicular accident that happened in New York in 2012. The female victim was awarded a total of $71 million in compensatory damages for sustaining a spinal injury due to the crash. Besides the fracture, the accident resulted in a medical condition that has made her bowel movement difficult.

In 2017, a Manhattan jury ruled the awarding of the settlement to the victim. According to the ruling, $11 million represents compensation for the victim’s past and future pain and suffering, while $60 million is intended to cover a lifetime of medical care.

A train derailment was the cause of a permanent, traumatic brain injury that befell a manager working at a trackside gas station in Virginia. The injury would require long-term medical care, prompting the jurors to award the victim with a $60 million settlement. The compensation represents $46 million in damages and $14 million in interest.

On-the-job accidents and deaths are another legal basis for awarding compensatory damages to victims and their families. This was the case with a worker from New York City’s sanitation department who died on the job after being hit by a sweeper truck.

The victim’s wife sued the erring driver for his negligence, and consequently, justice for the worker’s wrongful death came in the form of a $41.5 million settlement. The compensation was awarded to the victim’s family by the Queens Supreme Court.

A malfunctioning seatbelt resulted in a traumatic brain injury for a driver in a car accident. The man behind the wheel could have been saved had his seatbelt worked. The victim filed a lawsuit against Ford Motor Company and Mazda Motor Company, which were ordered to pay $32.5 million in personal injury claims.

A New York City resident won a $27.5 million lawsuit against a transit bus that ran over her in 2005. The accident caused the woman to lose her left leg, persuading the jurors to hand the verdict in her favor.

In Texas, a driver who suffered a traumatic brain injury due to a car crash claimed victory in the lawsuit he filed against another driver who ran past a red light. The latter’s employer was also a defendant in the case.

The victim suffered extensive injuries in various parts of his body because of the accident. Besides failing to return to work because of his condition, he had to seek medical care and therapies that totaled $1.3 million in expenses. At the conclusion of the trial, he received a settlement worth $26 million.

A New York court settled a personal injury lawsuit filed by a female pedestrian hit by a truck owned by a pharmacy. The accident left the woman with serious brain injuries and other physical damage. After the trial, the pharmacy was ordered to compensate the victim through a $22 million personal injury settlement.

The largest personal injury settlement in L.A. in 1998—which is worth $19 million—involves a city maintenance truck that lost control and collided with several vehicles, seriously injuring a 44-year-old woman. Since the accident, the victim has been receiving $30,000 monthly for medical care.

Settlement to Save Lives

A personal injury claim can help you deal with people or companies on the wrong side of the law. Under the rules, it’s your right to recover damages stemming from the other party’s negligent act or behavior.

If you’re looking for a personal injury lawyer in Orange County, RMD Law’s attorneys are ready for the tireless representation you deserve. Give us a call for a free case evaluation.