What is the Statute of Limitations for Personal Injury Lawsuits in California?

The statute of limitations in a personal injury case refers to the amount of time between an accident and/or the discovery of an injury and taking legal action. In most California personal injury cases, the statute of limitations is two years from the date the accident took place. Once that two years is up, and if you have yet to take legal action, you are forever barred from pursuing compensation for your injuries. The two-year limitation is normally a hard and fast deadline, and the California courts are not likely to recognize your claim beyond it. 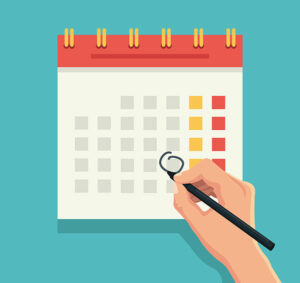 Why the Statute of Limitations Is So Strict

People often wonder why the statute of limitations is so strict, especially in personal injury cases. After all, should not accident victims be given time to recover from their injuries before filing a legal claim? While it is true that accident victims need their rest, the statute of limitations is in place to help both them and the court system.

On the one hand, the California civil courts are already bogged down with personal injury, family law, and business litigation cases. If the courts allowed people to file claims for incidences that happened ten or twenty years ago, they would never make it through the backlog of cases. On the other hand, evidence in personal injury cases, just like evidence in criminal law cases, has the potential to grow stale. Think about it: over the course of several years, witnesses move away or die, parties’ or witnesses’ accounts of the incident fade, and even injuries themselves grow less severe. A strict deadline these types of occurrences and ensures that all parties are given a fair chance to fight their side of the claim.

The Exceptions to California’s Hard and Fast Two-Year Deadline

You may have noticed above that we said most California personal injury cases are subject to a two-year statute of limitations. We say “most” because there are some exceptions. California grants leeway to individuals who were under the age of 18 at the time of injury or who were mentally incompetent at the time of the accident. In these instances, the courts may “toll” the statute of limitations, which basically means extend it. For a child, the two-year limit may be tolled until the time the person reaches 18 and then an additional two-years beyond that. For a mentally incompetent person, the two-year limit will begin at the time he or she becomes mentally competent, if that should occur.

Filing a claim against the state or federal government can be difficult, especially considering that most government bodies have several immunities in place. Immunities aside, government agencies typically have a second statute of limitation in place, or a “notice period.” In California, this notice period is 180 days; upon injury, an accident victim has 180 days from the date of the accident to file a notice of claim directly with the agency. For individuals injured on government property or by a government employee, it is imperative to speak with a lawyer right away following the accident, otherwise you may lose out on your opportunity to pursue compensation sooner than you had thought.

Let an Experienced Lawyer Be Your Guide

If you were injured in an accident on someone else’s property or because of another person’s negligence in California, you have a right to pursue compensation for your injuries via a legal claim. However, you may forfeit those rights if you do not play by California’s rules. The statute of limitations is one such rule that is hardly ever bent. Do not forego your right to compensation because of something as minor as a deadline and reach out to the Orange County personal injury lawyers at RMD Law as soon as you are able to pick up the phone. We can help you comply with state laws and fight for the compensation you deserve. Call our office now to schedule your free consultation.